It was an ordinary Friday night, for the most part. I was visiting La Petite, and we were settling down on her couch to relax and chat and check on the rest of the family via Facebook.

It’ll be no surprise to readers that many of my relatives are rather progressive in their politics. We knew that the candidate I like to call He Who Shall Not Be Named (in lieu of giving him any more blog space) was in Chicago for a rally, and many a protest was planned. Upon further review, we found that we had a family member at a rally outside the arena where You-Know-Who was scheduled to speak. Here’s her viewpoint. 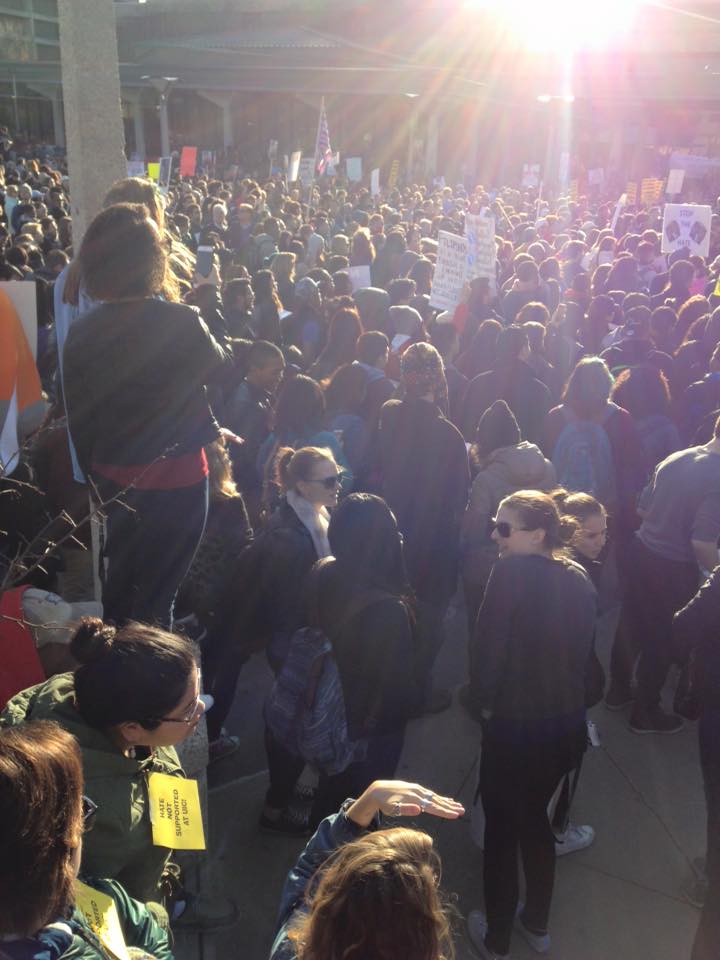 So proud to have been there to turn the Trump Tide. UIC students meant what they said and put feet to their thoughts. Whatever happened inside the pavilion, I don’t know, but the outside activity was 100% peaceful with appropriate Chicago police presence. This is what democracy and freedom of speech looks like. – from one who was there, 3-12-2016

The result: the speech was cancelled. You-Know-Who was advised not to appear for fear of inciting violence. He acquiesced. Meanwhile, those outside cheered at the news. Again, people, from one who was there: 100% peaceful, with appropriate Chicago police presence. Peacefully, they managed to shut the guy down.