Never before, in more than ten years of letting compost happen in the backyard, never before has the big black made-of-recycled-plastics compost bin been raided. This year I’ve found evidence several times – evidence in the form of the side access panel removed and compost in various stages scattered around. I reached for a quick solution: a rock. A big rock. A heavy rock, right in front of the access panel. That should keep the furry creatures out of the bin, right? Right? 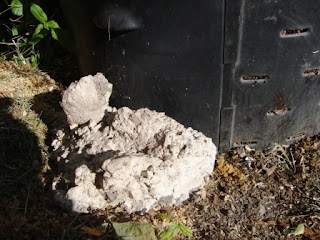 Wrong. This big, heavy rock wasn’t enough. The critters, obviously with significant dexterity, just reached over the top of the rock and pulled the panel open again. Again!! This critter (or critters) was nocturnal, so I never actually saw it in action. I just saw the results, and the results frustrated me no end.
So I did what so many people do: I turned to duct tape. 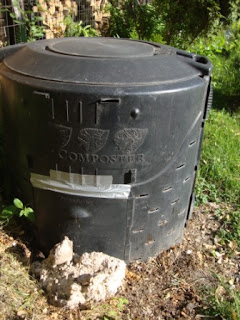 I taped the other side shut, too, even though the nocturnal critters with maximum dexterity (and probably opposable thumbs) hadn’t attacked that side yet. I wasn’t taking any chances. 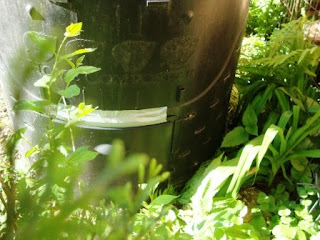 So far, the tape is working. Let that be a message: get out of my compost, punk!

1 thought on “Get out of my compost, critter!”