Listen to the Scientists.

Science and Education are crucial to a Sustainable Future!

With that last one, I must persist in my role as English Language Arts teacher as much as my role as progressive activist. Positive statements are much stronger than negative. If you, the sign maker, need the word NOT in big letters, go back and rephrase it. For example, “Climate Change is Real!” is much stronger than this slogan. 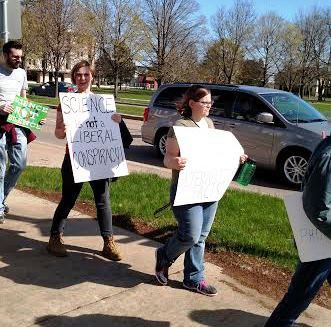 NOT is not a good word for a protest sign.

The phrase “Liberal Conspiracy” is more likely to stick in someone’s mind than the idea that “Science is Real.” The sign to the right has a major problem, too: no one can read it. The letters are much too thin and faint, and they fade completely in the bright sunlight. 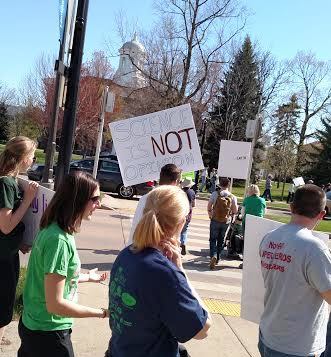 This sign is a good example of what NOT to do. Too pale, and features NOT prominently instead of a slogan. 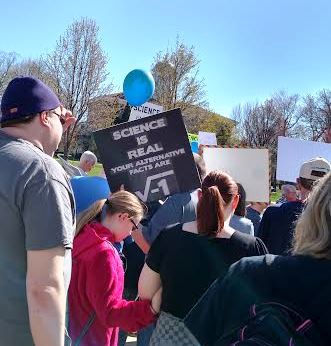 Clever. Could backfire, though, if those watching the march don’t get it and instead feel insulted. 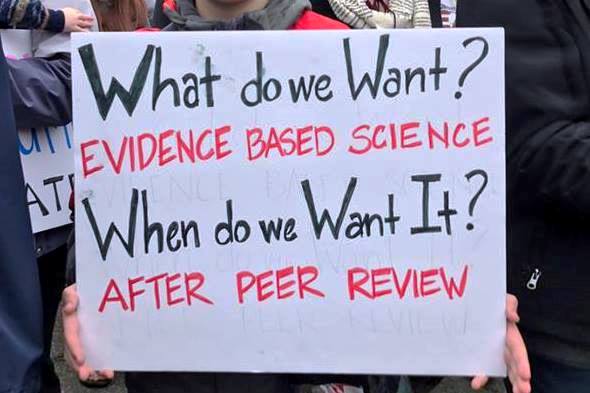 Picture is from a different rally, but I saw tee-shirts announcing this philosophy.

As for message, this one gets right to the point. 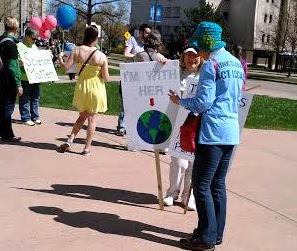 I’m with her, indeed.