Educated people value education. They are more likely to work with their children on homework, enroll their children in supplementary activities such as drama, music, and sports, and encourage their children to reach for the stars.

Educated people value educators. Educators value education. They expect results and will extend themselves to get those results. Educators will find shoes for their students, write grants to improve their resources, and make sure their students get fed. Educators reach out to help meet students’ basic needs so students can turn their attentions to reading.

Soon-to-be-former Governor Walker doesn’t value education. In his form of logic, he didn’t graduate from college; why should anyone else?

I submit exhibit one. 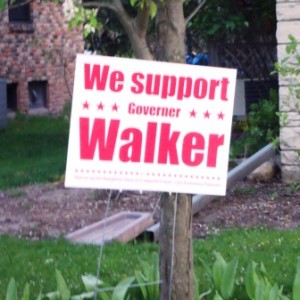 Unfortunately, uneducated people also vote. I just have to hope that the former will outnumber the latter.

2 thoughts on “To educate or not to educate?”