It wasn’t an endangered species. It wasn’t the only tree in the area. It provided a little shade, but it also over-shaded another tree so much that the other tree grew asymmetrically. Then, finally, came the construction.

To make room to install the new utilities, the tree gave up the roots on one side. To make room for the curb and gutter, more of its roots were decimated. Then the sidewalks were repaired and replaced on the other side, leaving clipped off roots sticking almost straight up. The water/gas leak/disaster took away the root system on a third side. The remaining roots, also near the road, were so bad I’ll spare you the picture. There wasn’t much left to hold the tree in place.

Then the heavy equipment operator knocked down the cable to our neighbor’s home. We don’t know if it happened during the damage or the replacement, but the tree lost a large branch and began to split on the road side.

The city forester agreed; it was time to take the tree down. It was no longer safe, and it was likely to rot or get infected due to the overwhelming damage. 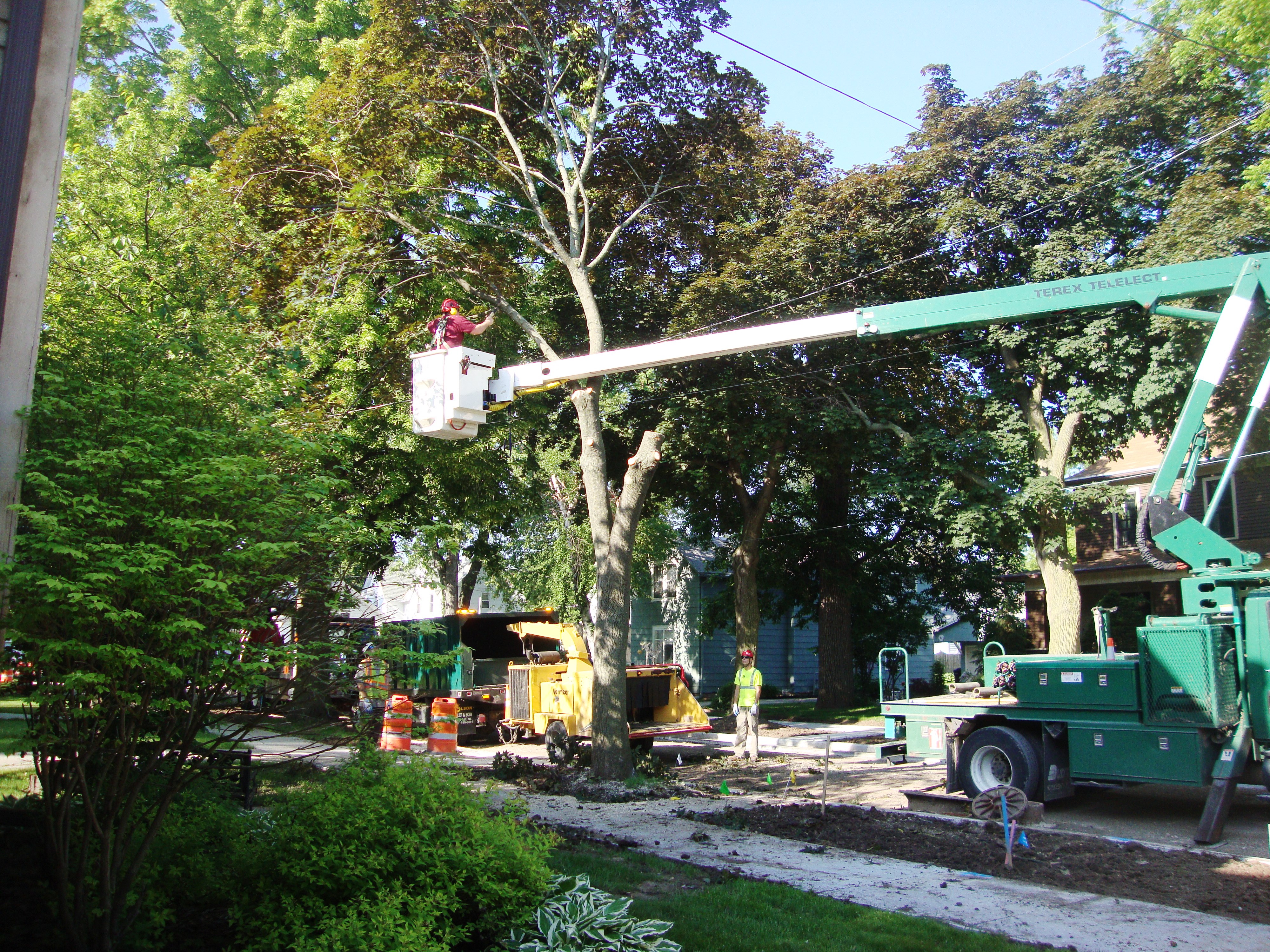 Later, the stump crew came. He had the foresight to put up a tarp to protect the stump’s privacy. Okay, okay, I know, he was really blocking the chips and sawdust from flying around. 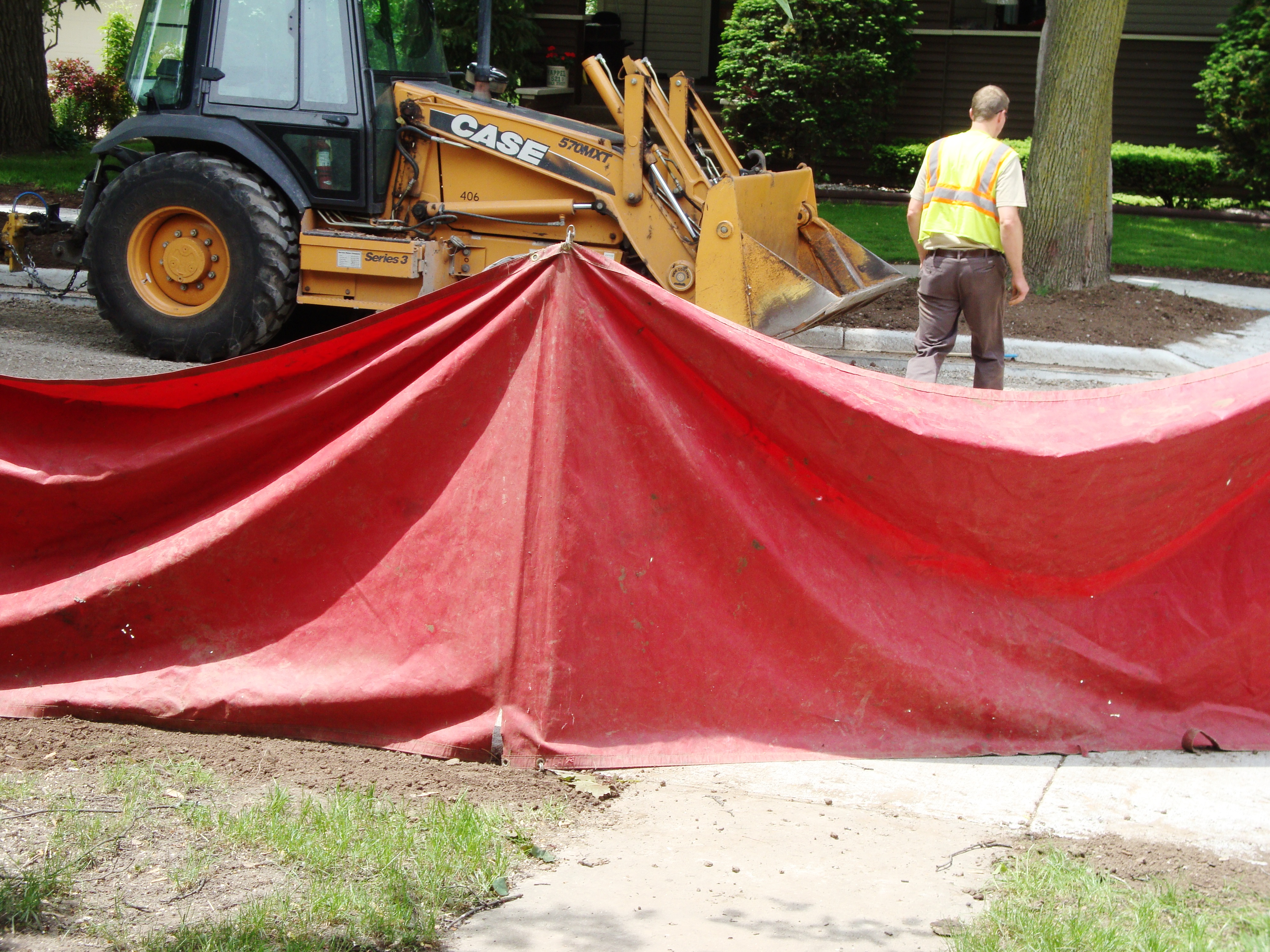 And there you are, readers. The tree is gone, and we’re relieved. The city will plant a smaller one in a better spot so it doesn’t invade our sewer lateral or force a move of the service walk to the street.

I hope the Lorax isn’t upset.

Leave a Reply to GreenGirl in Wisconsin Cancel reply