She has a system. Or, I should say, we have a system for her. It’s ridiculous, and it actually works sometimes.

Back up. Reverse, restart. I’m talking about NFL predictions. My family makes picks each week before the Thursday night game. I used to be pretty good at this, but I’ve been outscored recently by (drum roll) our rabbit. 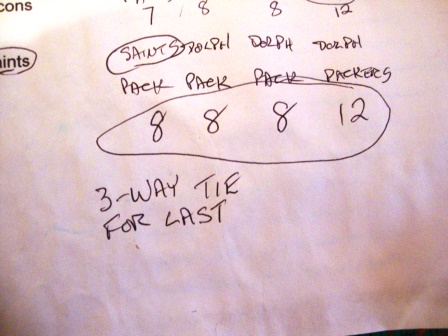 The column on the right has her total.

Buttercup the rabbit “has” a system. We write down her picks according to the team mascot and whether a rabbit would like it or not. For example, she’ll pick the Cowboys over the Lions and the Broncos over the Redskins. If the team name represents a species that hunts or eats rabbits, she chooses the other one. She always picks the Packers. If the Falcons play the Eagles, we’re really out of luck. 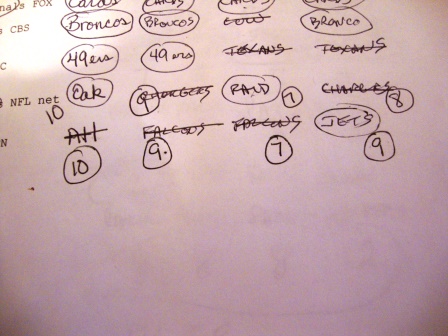 Another week, another set of picks

I won that time; Buttercup tied with the dear sweet man of the house. Amigo, surprisingly, isn’t doing well this year. 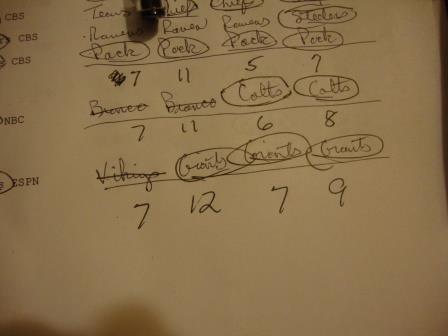 Amigo and I tied last week, and not for first. Who knows what’s next? So far this week, I’m in the lead. Come on Packers, do right for me!