It’s all part of the preparations for winter. I had these on my camera for a while, and now they’re outdated. I thought I’d share anyway. 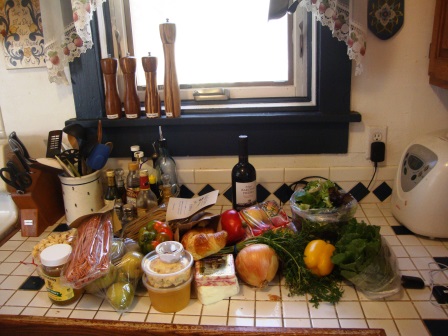 At one of the last farmers’ markets, we picked up all of the above goodies. The honey (front, left) is still in the cupboard. The soups and salads from the downtown deli are long gone. I used the bell peppers in…I can’t remember. I did cook them. The small bag of lettuce became my lunches for the week. I shared a little with Buttercup the bunny, of course.

Meanwhile, we used up the tomatoes as they ripened. 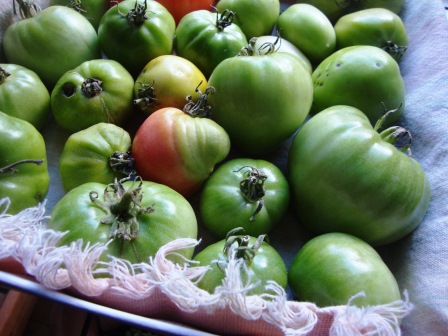 Remember these? I’m down to a few yellow pears now. We’re almost done eating and cooking the last batch of tomatoes.

I’m looking ahead, though. I’ve moved my stakes to a temporary home under the lilac bush, and the supplies for starting seeds are tucked under a table in the basement. 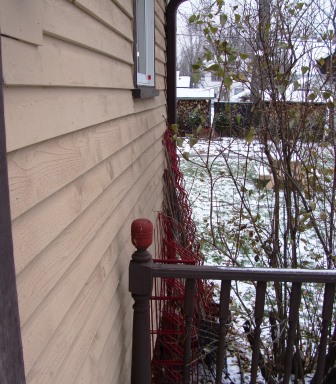 Tomato Stakes in all shapes

That’s snow in the background. Not much, but snow.I think we’re almost ready for it. Maybe.