One of the challenges of living without power was cooking. We stayed fed without visiting any restaurants outside the storm zone. Thanks to Chuck’s creativity and a charcoal grill, we could have scored well on Master Chef – Storm Aftermath, if there were such a contest. “Shrimp is expensive, and it thaws quickly. Let’s make shrimp tonight before the freezer quits.” – Chuck, Grillmaster of the O.K. Chorale.

He didn’t stop there. I’d bought carrots at the farmers’ market, the market that went on despite the damage to the store in whose parking lot the market took place. Most vendors were there and well stocked with fresh produce. Chuck sliced the carrots thin, gave the leafy tops to Buttercup Bunny, and grilled the vegetables with the shrimp. 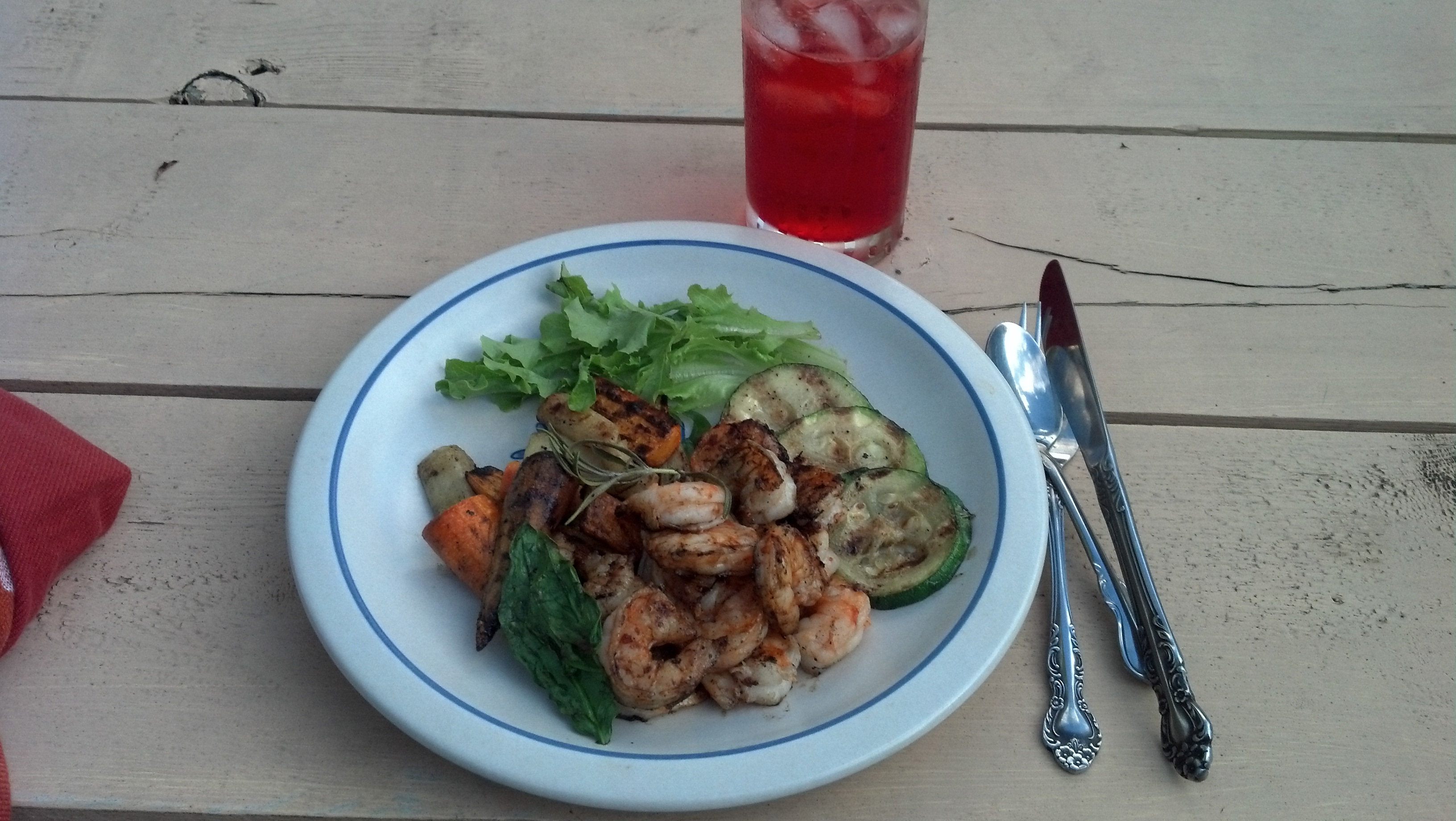 The next night, he was running a little later. I started the chicken in the oven, thanks to a late afternoon power restoration, and then he finished the job on the already hot grill. I created a lovely salad and boiled three ears of sweet corn. The salad was almost as nice as this one, the chef’s salad with chicken that I had for lunch. 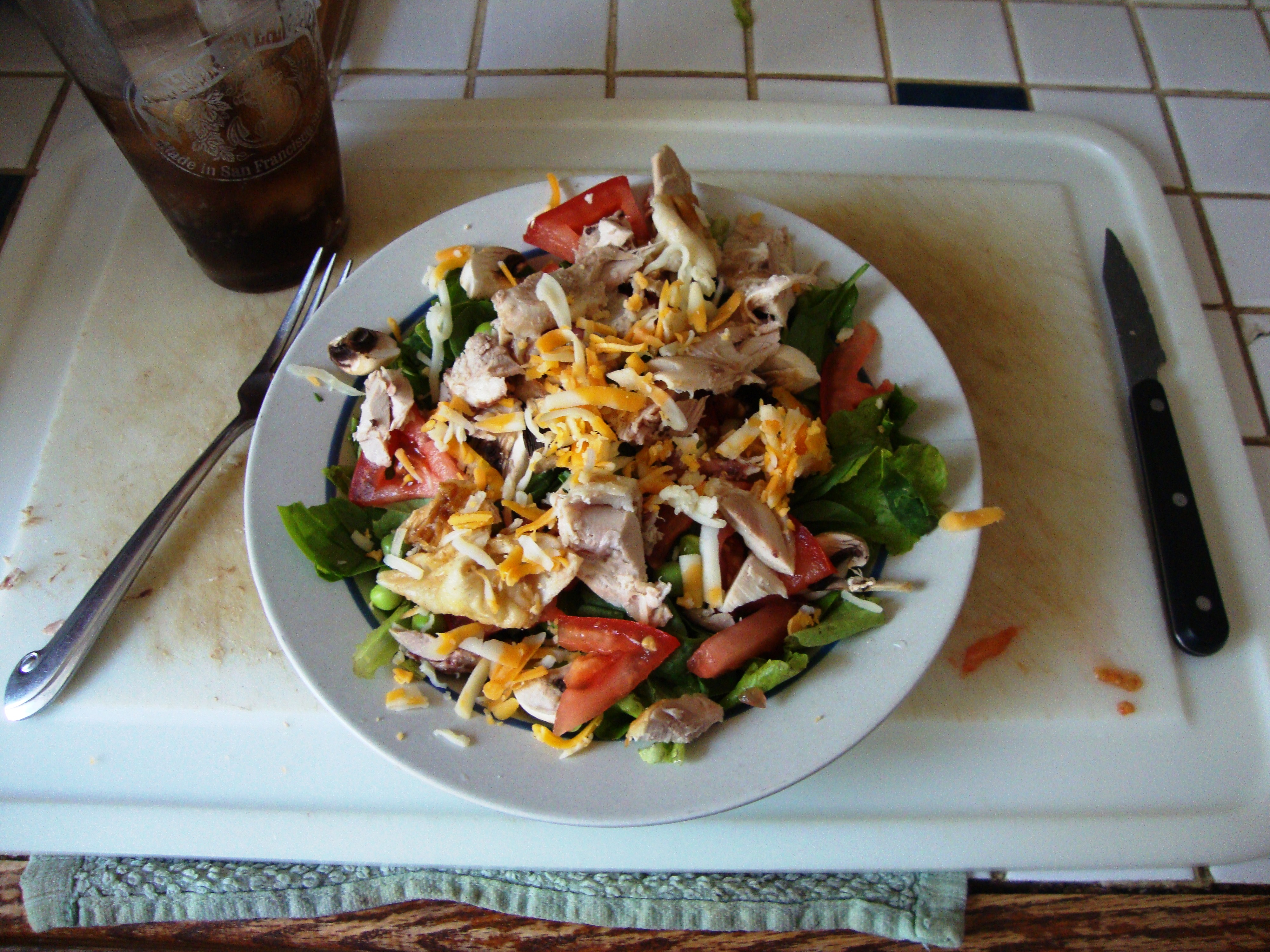 In a way, it was the ultimate pantry raid. Use up as much as possible before it goes bad! But don’t cook on the stove or expect to use the microwave.

1 thought on “Coping and Cooking”