I was thinking as we watched The Weather Channel last week. Amigo and I were following the big tornadoes in Kansas and Oklahoma. I was wowed by the video of funnel clouds forming, and he was fascinated by the commentary. I kept hoping the camera I watched was on its tripod and working automatically – I wanted to know that the photographer had taken shelter! The close captioning messed up once and called the tornado a torpedo. Not so far off, as damage reports go. One is a natural disaster, while the other is…never mind.

We’ve had a long stretch of luck weatherwise, relatively speaking. Knock on wood (firewood, perhaps), we haven’t had a power outage in a long time. But if (when?) we do, we’re ready. 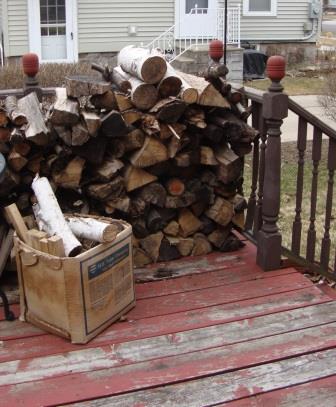 firewood, if we need a little heat

Then there’s mealtime. If the power is out, the microwave won’t work. The gas stove needs its electric ignitors, a.k.a. pilot lights. We could make peanut butter and homemade jelly sandwiches, or I could, maybe, cook over the fire. Somewhere in the basement we have a long fork for that purpose, and I have a few cast iron pans, too. Here’s the dutch oven — 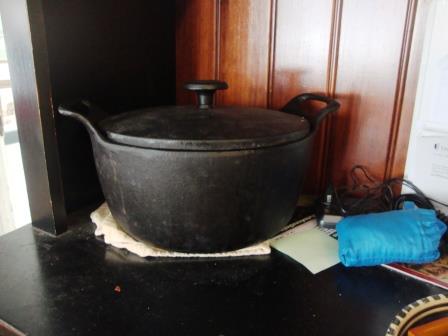 I have two smaller cast iron pans, too. One I bought for myself, and the other ( the mini) was a gift. 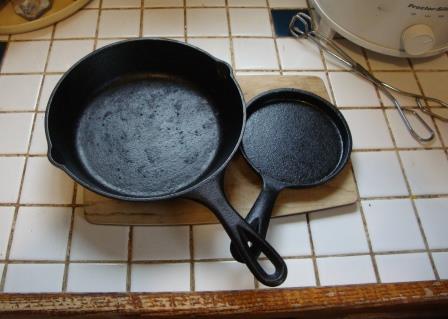 If I’m forced to get creative by a lengthy storm or other disaster, we can still eat reasonably well. There’s also the charcoal grill, if outside cooking is an option.

So, readers, chime in. Do you have an emergency power outage plan? Kit? Provisions? Tornado season is upon us in some regions and will be upon us Northerners soon.

1 thought on “Ready for Storms – or whatever”