The setting: Chuck drove a television satellite truck to Kansas City for coverage of an NFL preseason game between the Packers and the Chiefs. Preseason, mind you. These games count for nothing.

A little later Chuck adds to the truck tally

At kickoff, Daisy comes back:

closer to halftime, Chuck comments on the game itself.

Daisy, aghast at the thought:

So, readers, you want to see the media compound, don’t you? Or do you? Well, here it is. 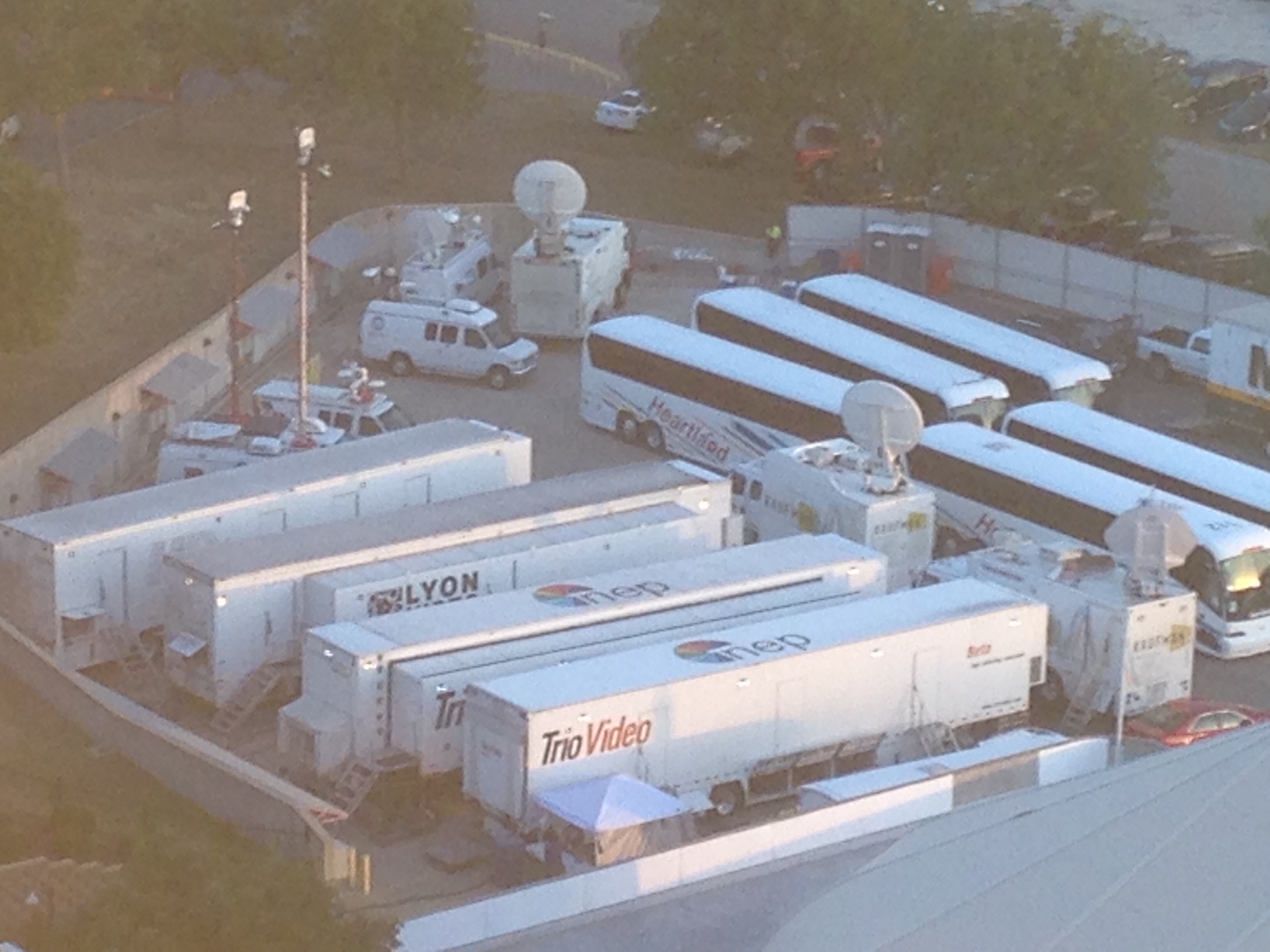 Media Compound for GB at KC

The guard didn’t know that certain cable subscribers in Wisconsin are getting their preseason games from Telemundo because the regular station hasn’t settled its deal with the cable company. Cheesehead Nation, ever creative, has taken to watching their Packers in Spanish. Those who do not speak the language mute their TVs and listen to the radio broadcast instead. Telemundo’s ratings must be skyrocketing.

Call us Packer Nation, Cheesehead Nation, or a little bit crazy, we love our team. The score was disappointing, but due to the overwhelming media coverage, we didn’t miss a single green and gold moment.

2 thoughts on “Packer Nation goes On the Road”