Skip to primary content
Two-year-olds are so good at this. They say no easily, and mean it. They’re not malicious, they’re not mean, they’re just sincere in their right of refusal.
Take my niece for example.
SIL: “Eat your soup, Audrey.”
Audrey: “No. Hot.” — stated so seriously and in such an adorable voice that we knew she meant it.
At Christmas, after opening a present containing her new Aaron Rodgers jersey:
Brother: “Audrey, would you like to try on your new shirt?”
Audrey: (looking at her tummy, putting a hand on her sweater) “No.” –again, very logical. Why would she put on another shirt, no matter how special, when she was already dressed? Geez, these grown-ups lack common sense. 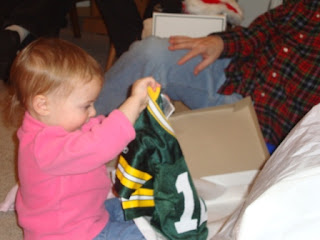 Grown-ups do indeed lack common sense at times. Teachers, parents – nurturers, especially, have a hard time saying no. Put in extra time to finish progress reports? Of course. Bring in a couple of side dishes for the pot luck lunch? Naturally. Take on additional students for a day? Not a problem.
Sooner or later we run out of hours in the day and energy with which to productively fill those hours. We keep saying Yes because it’s expected, because we feel we must. Maybe, just maybe, it’s time to channel our inner two year old. Calmly, logically, seriously, and in such sweet voices that no one can resist, we need to say it.
No.