Not that watering hole. This one. 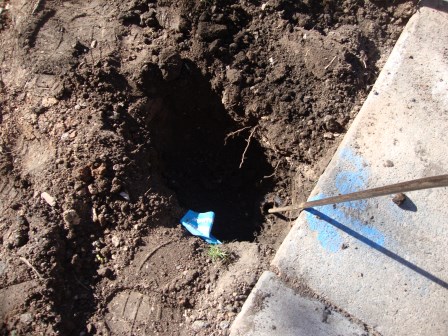 This watering hole. The one in the front yard.

Deep inside this hole is a broken water line that normally brings treated water into our home. This day, we had no water in the house. I’d started cooking supper, started running a very full dishwasher, and reached to the sink to wash the onion and raw chicken residue from my hands. No water.

I checked the bathroom. No water.

I  went upstairs to check the bathroom there. No water.

Now I was worried. I called Chuck and asked “Were they working on water today? We don’t have water.” He hadn’t heard anything, so the investigation went on.

I walked down the street to find the remaining construction crew members. They told me I had to call the city, so I did. It was just after 4:30, and I was concerned that I’d missed office hours. A little exploration on the city’s web site led me to a 24 hour emergency line to the water dept., and they sent out a crew. 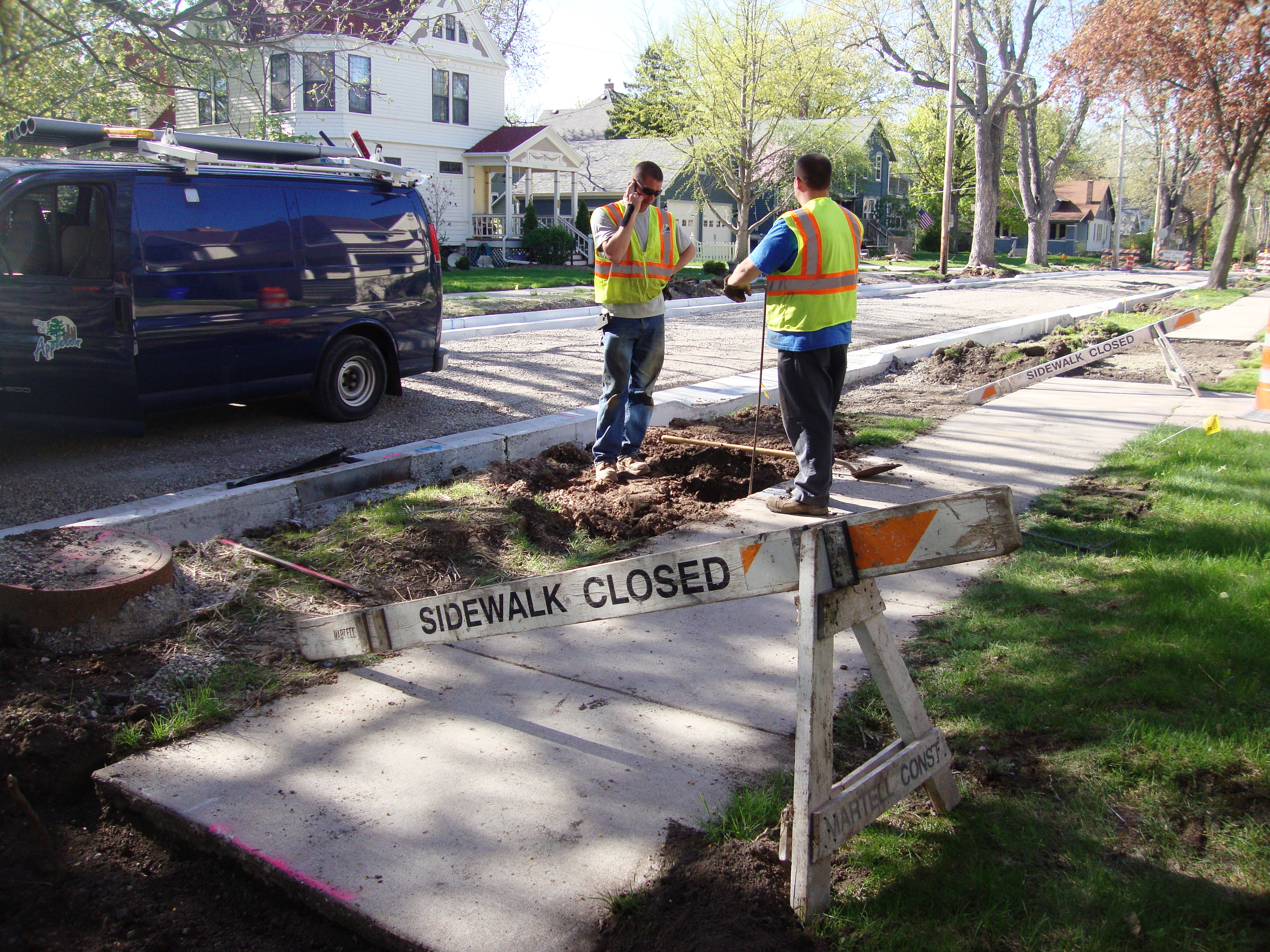 They found the problem and I filled them in on my neighbor’s report. He’d seen the sidewalk crew drive over our water main, back up, and put the marker stick back in the ground as if nothing had happened. Sure enough, the water dept. dudes told me it looked like the driver had tried to smooth out the area and cover his tracks. They turned off the water at the source and then told me it had been running all day.

What?! Running all day? Not into the house, it wasn’t. The water, the treated water was running into the ground, useless. It didn’t go through the meter, so we won’t have to pay, but it was wasted. Treated water, possibly hundreds of gallons of it, wasted.

1 thought on “Meet me at the watering hole”