Readers; do you remember Grandma Daisy? She contributed to the blog as part of the Voter’s Voice series. Grandma Daisy’s voice gave Compost Happens a different perspective: the perspective of looking back in time, viewing events with the advantage of 20/20 hindsight. Well, folks, take yourselves back to the future and look at the creativity of Wisconsin citizens and the reaction from the top.

Oh, grandkiddos, you might remember that in the recall election of 2012, Governor Walker’s supporters weren’t exactly showing their best sides. Campaign signs spelled governor with an -er, as if the voters either didn’t know the difference or didn’t care.

You might also remember the Overpass Light Brigade and the Solidarity Singers. Walker had money on his side, so his opponents invested in creativity and time. Both the OLB and the Singers continued their activity after the election. They publicized issues in non-violent methods designed to get attention rather than cause trouble.

The Governor and his security detail didn’t see it that way. The Solidarity Singers sang protest songs in the Capitol rotunda every weekday at noon. The Capitol Police, acting on a hastily-made policy requiring permits for any public gathering, began making arrests and issuing tickets. For singing, you say? I hear you, children. Singing in the rotunda was now a crime.

The tactic backfired, of course. Instead of discouraging protesters, the aggressive action encouraged more people to show up and make noise, er, music. The Solidarity Singers stood up for their first amendment rights to free speech and the peaceably assemble. They knew that the greater number of arrests simply meant more PR for their actions and their issues.

As you might expect, young ‘uns, there were naysayers. There were folks who showed up just to watch the handcuffs go on and to poke fun at the so-called musical mayhem. You might not be surprised, I dare say, that some of the naysayers were in the same category as those who displayed error-filled yard signs. 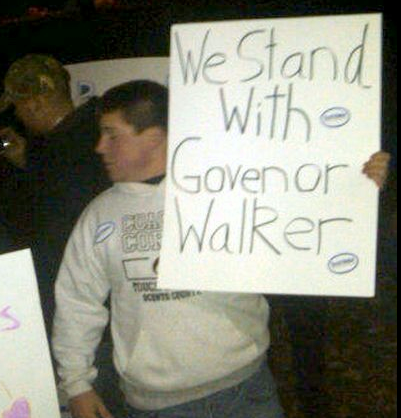 Readers, Grandma Daisy is back and ready to tell tales of the elections of 2016. What will this feisty feminist have to say on the road to the White House? Predictions, anyone?