The signs were all there; the trail led me into the den.

Then I saw the true scene of the crime. 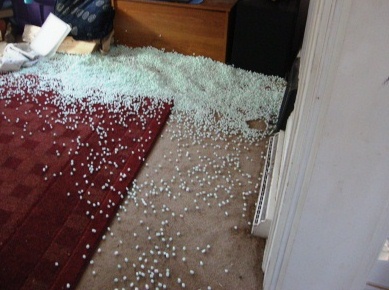 It was dangerous – the evidence kept sticking to me – but I moved in closer to see the source of the spill. 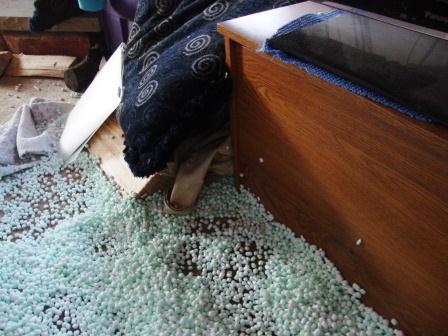 closer to the source

It covered everything. But what was the true source? Where did the hurricane of tiny, static filled pellets begin? 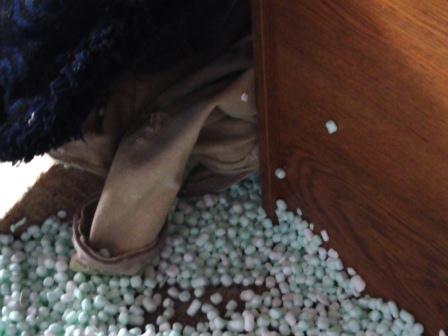 It was a bean bag chair, people. A small bean bag chair that, paired with a couch pillow, kept the rabbit away from the television cords, or so we’d hoped. She decided to make her way through the barriers, but we caught her.

We caught her, but not before she made a mess so huge it was almost criminal.