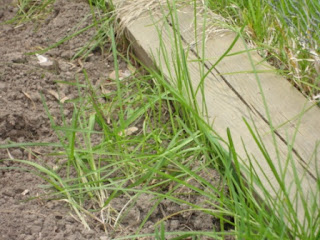 Anyone who’s tried converting a patch of lawn into a garden knows the power of grass roots. The grass will keep trying to come back. Fifteen years after turning the soil of my first garden plot, I still find corners with grass trying to grow. I fight it back, and I consider the metaphor.

Grassroots organizers are powerful, too. This kind of political activist group works at the ground level, hangs on tightly, and doesn’t go away. Instead, a grassroots campaign spreads its message by canvassing, calling, and other direct to-the-voters techniques.

Wisconsin Education Association Council (WEAC) has a lot at stake in this election. WEAC’s grassroots style plan for the recall: hit the pavement and the phones.

They call it 4 x 10: a plan for success. If each WEAC member accomplishes these four goals, the recall will be successful. The plan, like many grassroots plan, makes the election personal. Since it’s personal, I ask myself “How do I measure up?”

Collect 10 signatures on recall petitions. Yes, I did that. I set a goal of being personally responsible for at least ten people signing petitions. My ten became part of the larger whole: more than one million signatures, nearly double the number needed to request a recall election.

Donate or raise $10 to the recall effort. I haven’t done this yet. It might be best if I stop in at our local Democratic Party office and make my donation there. The Democrats are looking split right now between four candidates; by donating to the party itself, I can be a little more certain that my money will be part of a solid effort to defeat Walker.

Reach out to ten voters. I’ve started. I talked to two friends who vote absentee because their jobs require a lot of travel. Both plan to request their ballots early this week. Amigo will vote absentee as well, since he is in school out of town. That’s three: I need to reach at least seven more. I’m aiming next at young parents – those who will see their children hurt by Walker’s policies.

Give ten hours of time to help with the effort. Does blogging count? Maybe. In addition, I should look for another way to help turn voters toward a state of healing, not hurting. 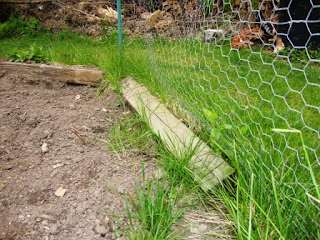 Let’s work together to reclaim Wisconsin.

2 thoughts on “4 x 10 – A Grassroots movement toward recall”