It was a hazy morning, with the kind of sky that promises a storm. I decided to accomplish a few short goals that I could abandon quickly and seek shelter when the raindrops arrived.

First, I dragged the rain barrels close to the hose and rinsed them inside and out. Trust me. It makes sense. The barrels had been storing water that drained off a crumbling rooftop, a garage roof with disintegrating shingles. The resulting residue was thin enough to get through the screen and thick enough to stick to the sides of the rain barrels. I hope that the new garage and its new roof will drain more cleanly into my clean(er) rain barrels.

Second, I smashed a batch of shells (seafood, mussels if you must know) and spread them on the soil that will become a raspberry patch once again. There’s both chemistry and environmental science in that decision. Again, trust me.

Third, I decided to work with the papasan planter in the front yard. We’d noticed it tipping, leaning to the right, and it needed help to get upright again. Nobody leans to the right for long in Daisy’s household. Trust me. 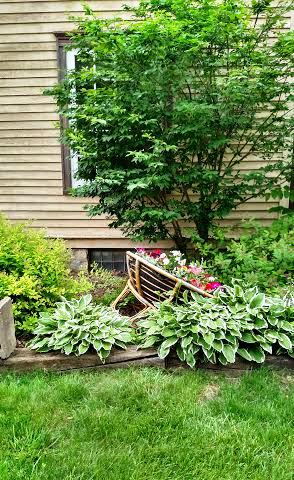 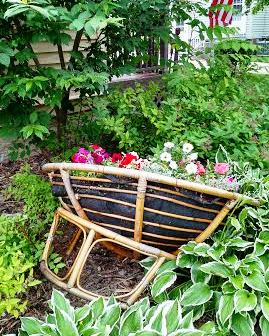 Close up, it looked even worse.

I wrestled, pulled, pushed, and eventually slid the top off its base. Then I reached for the camera – and I laughed out loud. Any neighbors lucky enough to witness the event surely think…trust me, I probably don’t want to know. 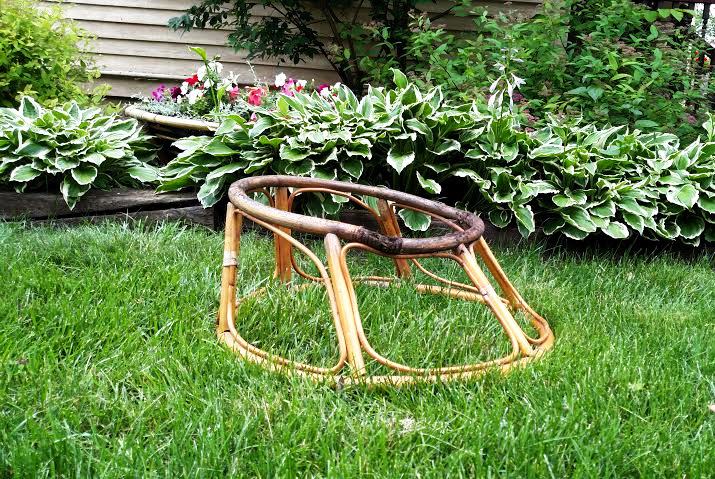 It’s all about that base. Whoa.

I tipped and balanced the planter part until it seemed stable, and then added a cinder block to help keep it in place. The base went out to the curb for Excess Garbage Day. Convenient timing, wasn’t it?

Here’s the result. I must say, I won the wrestling match – this round, anyway. 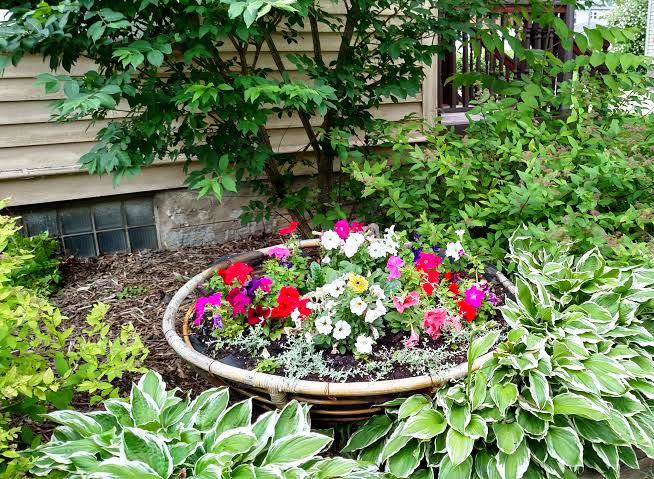 2 thoughts on “Wrestling with a Papasan Chair”