>It’s not unusual during Spring in Wisconsin to watched a little baseball and then go to a hockey game. The annual Teddy Bear Toss has become a family tradition. It’s almost, but not quite, a regular hockey game. You can tell it’s not a typical game because…

The passenger on the zamboni is stuffed, and not with popcorn. 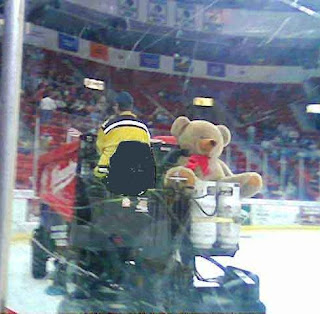 The goalie, dedicated soul that he is, remains in his stance while surrounded by teddy bears. Fans throw new teddy bears on the ice after the Green Bay Gamblers (the home team!) score their first goal. They (the bears, not the Gamblers) get donated to a local children’s hospital after the game. 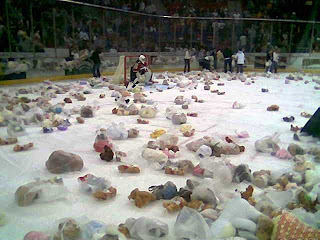 Volunteers gather the bears, bag them up, and get them ready for donation to a local children’s hospital. The Gamblers won, 3-2, and the organization collected over 5,000 bears. 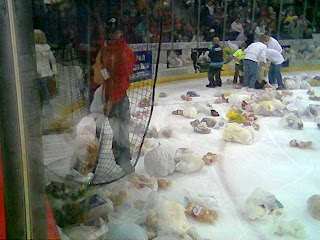