Anyone who is a parent or works with children knows that the excitement of Christmas can cause some escalating (read: wilder and wilder) behavior. We have twelve days of school left until the winter break starts, and the kids in my class are already bouncing off the walls. At least, their pencils and pens are.
I went into the office at lunchtime with a pink referral slip in hand. A fifth grade teacher took one look at me and said, “Oh! I need one of those, too!” By the end of the day, the principal had a mailbox full of pink. I guess I’m not alone in having a bouncy class.
My email to the guidance counselor had an image of Dr. Seuss’ Grinch. We decided that any of our mediators who haven’t returned their contracts will be suspended from the fun we have planned next week. We ask these kids to be responsible role models, and they’ve had all kinds of reminders and extra copies of the contract. Second chances? Heck, they’ve had four or five! Enough is enough, even if it’s a Grinchy idea.
So I went into the teachers’ lounge at the end of the lunch period and filled up my Lombardi mug with Good Earth Original Tea, the decaf version. Mmmm. It smells wonderful, total cinnamon heaven, and the mug is large and Lombardi, of course, is inspirational. As I waited for my class to come in from lunch recess, I was already feeling calmer. I remarked to my 6th grade co-worker that if the Grinch had been drinking Good Earth tea, maybe he wouldn’t have robbed the Whos down in Whoville.
I didn’t start this post with the intention of it being an ad for herbal teas. What the heck, it works for me! I felt like my “small heart grew three sizes” when I started inhaling the aroma.
And yes, here’s a picture of the mug. 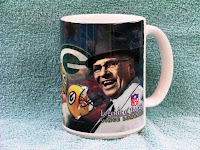 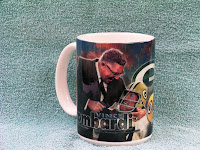