I’m a forager wannabe, as my regular readers know well. I’ve been known to pick dandelions for the rabbit and to incorporate into salads, pesto – you name it. When Chuck and I take walks, we’ve learned the location of raspberry bushes that no one harvests.

I have my perennial rhubarb and a raspberry patch that is slowly but surely recovering from its near-destruction in the building of the new garage. I have my annual garden patch with tomatoes, peppers, and whatever decides to bloom where I plant it. So far, that includes potential for zucchini, spinach, parsley, peas, and perhaps butterfly garden flowers. Maybe.

I bought the butterfly garden seed-infused mat from a recent online auction. My main objective in this auction was a 10 inch cast iron skillet, and as long as I was bidding, I dropped a minimum bid of $2 on the butterfly garden. Now, I have no idea how old this batch of seeds might be, or how many of those seeds were stolen by the cardinal family in the backyard. I tore the mat apart to spread it out to fill the space, and it fell to pieces. Is that good or bad? No, don’t answer that. Here’s the result. 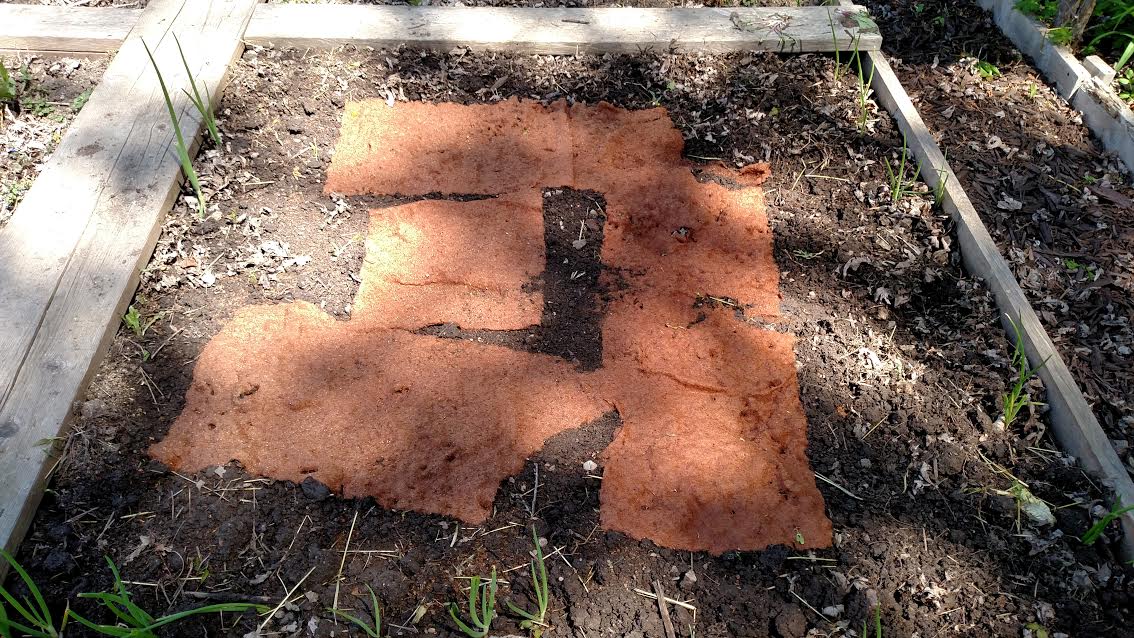 Lovely? Not yet. I planted peas in the spaces in between the mats.

But I’m off on a tangent. I didn’t start out to talk about the potential butterfly garden. I actually started out talking about foraging in the great urban-slash-suburban cityscape. I was at a most unlikely place when I saw asparagus growing. The airport, my friends, it was the airport. While waiting for Petunia’s plane to arrive, I kept myself busy playing Pokemon Go. Out of the corner of my eye, I noticed that a gravel landscape between the parking and the pick-up areas had a speck of green in it. 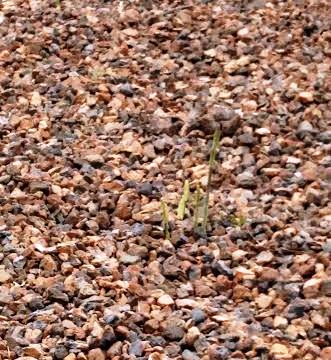 The wind was blowing hard and blowing cold, so I did not get out of the minivan to take a close-up. The signs that said “No Unoccupied Vehicles” might have had something to do with that, too.

Well, there you have it, people. I found asparagus growing in the gravel at the local airport. Foraging now is simply fun. If it ever becomes a necessity, you’ll want to be with me. No matter where we are, we’ll stalk something edible.