It’s unseasonably warm here in the “Frozen Tundra.” The Green Bay Packers held their annual shareholders’ meeting yesterday with a major storm in the morning and extreme temperatures in the afternoon. Why would that matter, you might ask, for a shareholders’ meeting? This meeting takes place outdoors in the bowl of Lambeau Field. The shareholders dress in green and gold, and so on, and so on. If you’re wondering, no, I didn’t go. It’s enough to know I could. There are 360,760 people holding approximately 5 million shares of Green Bay Packers stock.

So anyway, it’s more than warm. In my Prep for Winter mentality, I made a new batch of jelly yesterday. It didn’t gel. I’m blaming the humidity and heat, and I’m monitoring the jars to see if they’re just gelling slowly. 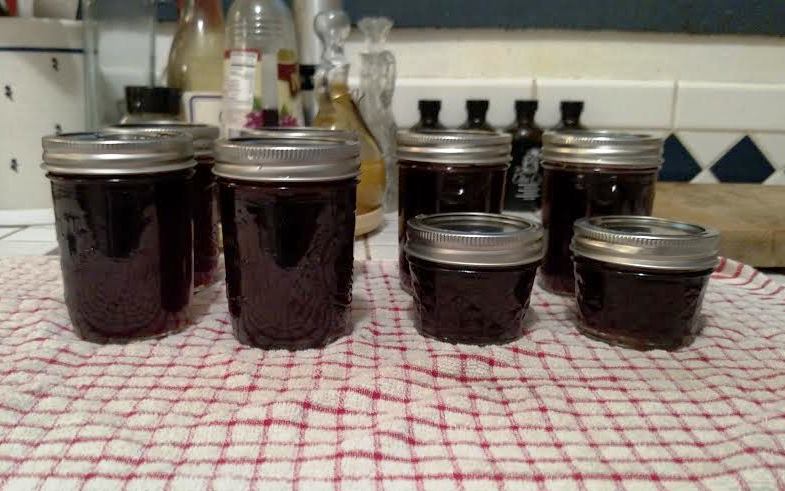 Also in my Prep for the School Year mode, I picked up a couple of new wardrobe elements on clearance at Kohl’s. I saved far more than I paid; that’s Kohl’s and my shopping savvy.

Bored yet? I don’t want to work outside because of the heat, but I set up a batch of sun tea to brew. My formula (recipe, if you insist) is this. 2 quart mason jars with lids; 3 tea bags per jar; fill each jar with filtered water; let sit in the sun until tea reaches desired strength. 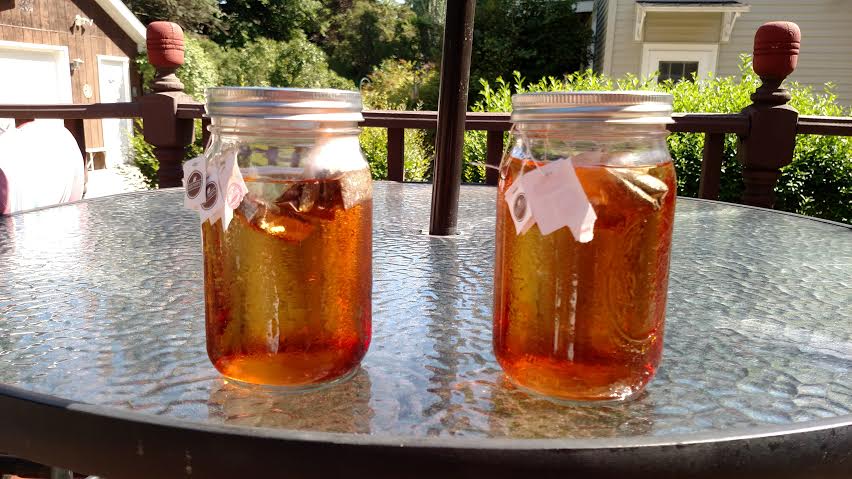 It’ll need sugar, but not much.