You heard about last week’s tomato sauce marathon, but you didn’t see it in progress. It started like this: with four crock pots simmering. 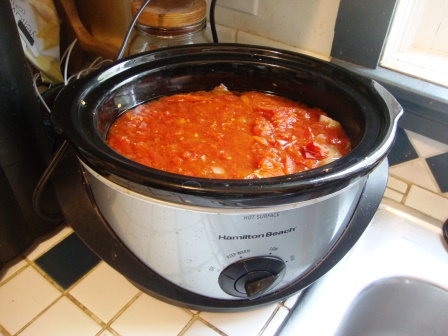 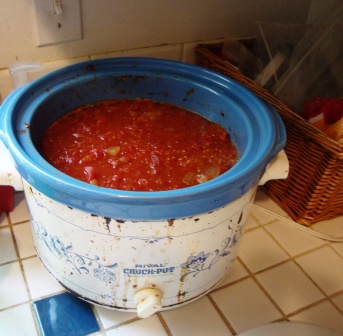 Crock post number four has been officially retired. Rusted in spot, with one handle falling off, I decided it was done. I kept the crock (the pretty blue removable crock itself), but I threw out the heating element. The blue part might become a planter or a crock for kitchen utensils or – who knows? With Pinterest around, it could become just about anything.

Back to the tomato sauce – eventually, the sauces boiled down to two crocks full. I had already stirred it up with my immersion blender and sorted out the skins with a food mill. It made seven quart jars and three pints. Two of the quart jars didn’t seal, so they’re in the refrigerator. I’ll make spaghetti or pizza soon. Freshly made sauce is inspiring.

1 thought on “And still more tomatoes!”